We are looking for a Python Engineer to work under a variety of projects!

Show your best skills working a servant-leader for the team and the Organization. Be part of a team to build a new microservices platform and modernize current architecture.

Python 3:
As we are writing much of the platform automation in python, that language is a hard requirement for someone who joins the team as a platform developer. We are writing python applications, so application development experience will be very helpful.

Team members need to understand the following python topics at a minimum (in addition to the language itself):

python modules
packaging (into wheels) using setuptools
unit testing using pytest and MagicMock
Infrastructure: Unlike template or application developers, platform engineers will be exposed to lower level infrastructure concerns, such as virtual machines (EC2 instances), networking, and load balancers.
Given that the platform runs on kubernetes, docker knowledge is critical. At minimum, any engineer on the team needs to know these docker topics:

image registries (such as docker hub, and in our case artifactory)
The ability to choose public images wisely–i.e. start with the smallest image that works–alpine linux as a base is usually a good start docker build and the Dockerfile docker run Basic use of the kubectl CLI to see and sometimes manage what is going on in the cluster will be necessary for platform and template developers.The platform pretty much IS kubernetes, so all developers should be familiar with it. A basic understanding of common kubernetes resources, such as namespaces, pods, and services will serve you well.

Our first platform instances will reside in AWS, so some familiarity with the cloud hosting platform is necessary. Basic knowledge of cloudformation will be necessary as we will be spinning up resources such as EKS clusters, S3 buckets, etc. 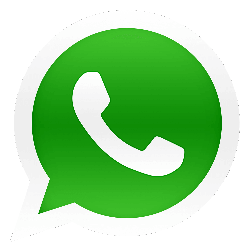